Former attorney-general Tommy Thomas described claims that he agreed to a settlement with Riza Abdul Aziz over money laundering charges related to 1MDB funds as a “lie”. MalaysiaKini reports: 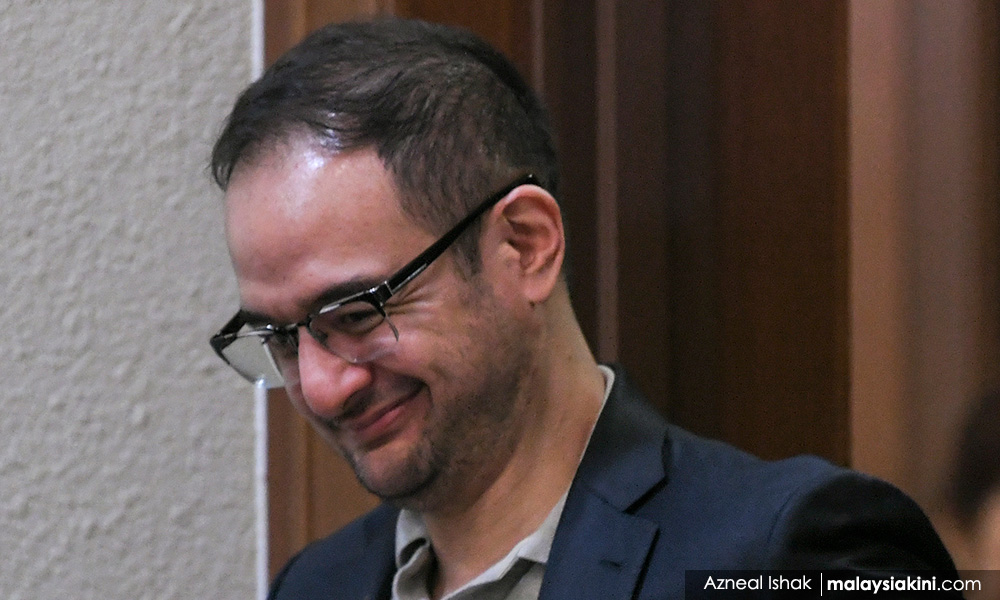 He said this in response to the MACC, which in a statement on May 14, said the prosecution’s move to apply for a discharge not amounting to an acquittal (DNAA) was previously agreed upon by Thomas and is standing by the claim despite Thomas disputing it.

“This is a lie,” said Thomas in a statement. Riza is the step-son of former prime minister Najib Abdul Razak.

Thomas, who made the decision to charge Riza in July last year, said his only role in the case was to appoint former federal court judge Gopal Sri Ram to lead the prosecution in the case.

“By a letter dated November 18, 2019, solicitors acting for Riza submitted written representations seeking a review of the criminal charges proffered against their client.

“Written representations are received by the AG’s Chambers on a daily basis from lawyers acting for accused facing criminal trials and appeals.

“Hence, there was nothing sinister about the sending of representations by Riza’s solicitors.

“Whether I personally acted in agreeing to their request for a discharge is an altogether separate issue. I did not. It is as plain and simple as that,” he said.

Thomas said he passed the letter to Gopal to study and recommend a response to him.

“Until my resignation (on February 28), I had not received any advice from Sri Ram. Thus, I did not decide on the representations of Riza prior to my resignation,” he said.

Thomas also cited media reports that the prosecution had on March 12, before Sessions Court judge Azman Ahmad, asked for more time to allow the Attorney-General’s Chambers to decide on Riza’s representation.

Federal Court judge Idrus Harun was appointed as the new attorney-general on March 6.

“On April 2, Riza’s counsel Hariharan Singh was reported in the media to have said that he was still awaiting a reply from the AG’s Chambers to his client’s representation and at a case management on May 14, the Sessions Court judge granted Riza a discharge not amounting to an acquittal in relation to his criminal charges, on the application made by ad hoc prosecutor Gopal Sri Ram.

“On these undisputed facts, no decision had been made by the prosecution on Riza’s representation as late as April 2. This was more than a month after I resigned from my post.

“It follows that the decision to accept Riza’s representation that resulted in the granting of his DNAA, must have been made between April 2 and May 14, when I was no longer the attorney-general,” he said.

The MACC, in its statement on May 14, said the DNAA was on the condition that Riza returns the 1MDB-linked funds and the prosecution reserves the right to reinstate the charges if there is no satisfactory completion of the agreement.

“As a result, the Malaysian government is expected to recover overseas assets involved in the offence, which is estimated at US$107.3 million (RM465.3 million),” it said.

The MACC added that “the agreement between the prosecution and the accused through representation in court was a decision considered and agreed to by the former attorney -general Tommy Thomas”.

Thomas criticised the MACC for the above statement stating the commission knew it to be false.

“To compound matters, after I corrected MACC’s false statement on the evening of May 14, MACC responded by stating that they stood by their first statement.

“This is absolutely shocking because MACC were continuing with the lie after the truth had been pointed out to them.

“It defies credibility that if their fiction has any factual foundation, it would mean that I took the decision to drop the prosecution against Riza on or before Feb 28, but my decision was only implemented in court 2.5 months thereafter and not at the earliest opportunity which was March 12,” he said.

The decision to grant Riza a DNAA has sparked criticisms, including from former prime minister Dr Mahathir Mohamad. However, de facto law minister Takiyuddin Hassan shot back at Mahathir, telling him not to be a hypocrite.

Lawyer Rafique Rashid Ali, who previously acted as counsel for Mahathir, said Takiyuddin would do better to argue on legal grounds.

“Tun was very clear in his address that there is a real worry that people who misappropriate monies can now simply choose to have it returned and get away with what is a slap on the wrist.

“Maybe it would be helpful if the law minister substantiates his argument with proper legal reasoning,” he said in a separate statement.