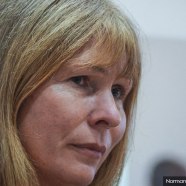 V Mabel Muthayyah, a former secretariat head in the Attorney-General’s Chambers, has filed an RM100 million lawsuit against Sarawak Report editor Clare Rewcastle-Brown for defamation over a 2015 article. MalaysiaKini reports: 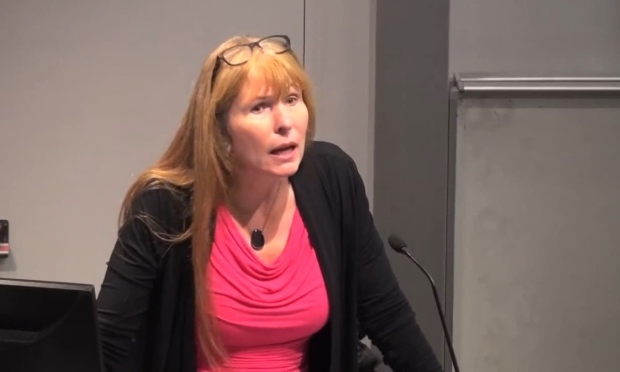 Speaking to Malaysiakini today, Mabel’s lawyer David Gurupatham said Rewcastle-Brown is being sued for “a very serious allegation levelled against a member of the administration of justice.”

“The claim is RM100 million inclusive of aggravated and exemplary damages against Rewcastle-Brown, together with an injunction from further causing defamation, as well as a mandatory order for her to remove such posting from the website,” he said.

The article also claimed that when the cajoling proved unsuccessful, bribes were offered and threats were made.

Gurupatham said the suit was filed after a letter was sent to Rewcastle-Brown demanding a public apology, which she refused to accept.

“We sent the letter to her solicitor in Kuala Lumpur, but they returned the document to us, saying that they have not received instruction to ‘accept service’, which is fine.

“So we sent the letter to her email and another copy by courier to her London address.

“However, we received confirmation from the courier company a few days ago that ‘the recipient refused delivery’,” he said.

When asked what took his client almost four years to initiate legal action, Gurupatham said Mabel filed a police report in December 2015, but declined to pursue the matter further due to the ongoing investigation into Morais’ murder.

“Being a person in the administration of justice, she didn’t want to interrupt and interfere with the investigation although she was very disappointed with the allegations.

“She wrote to the chief registrar in August last year requesting assistance to have the defamatory article removed,” the lawyer said.

“The article kept resurfacing, and she found that it was recirculated again on Facebook in May this year.

“She had then met the chief registrar and informed that she would take legal action to which the latter had no objection.

“The whole world now looks at her as untrustworthy because of the allegations.”

Currently, Mabel is a judge at the Sessions Court in Petaling Jaya.

Gurupatham said that Rewcastle-Brown had fabricated a story out of purported screenshots of WhatsApp messages between Mabel and Morais’ brothers.

“The messages were not in chronological order, and she created a story out of the messages.”

The lawyer also claimed that Rewcastle-Brown never contacted Mabel to ascertain the allegations.

“Our client respects investigative journalism. However, it must be done in a responsible way.

“They (Sarawak Report) knew who and where she was. They could have asked her about the allegations, but they never did.

“That is irresponsible. They also did not verify the allegations as well as the WhatsApp messages with our client,” he said.

Morais’ remains were found in a steel drum after he was kidnapped from his car on the way to work in September 2015.

A former army doctor and five accomplices have been charged with his murder.

Malaysiakini has contacted Rewcastle-Brown for her response.