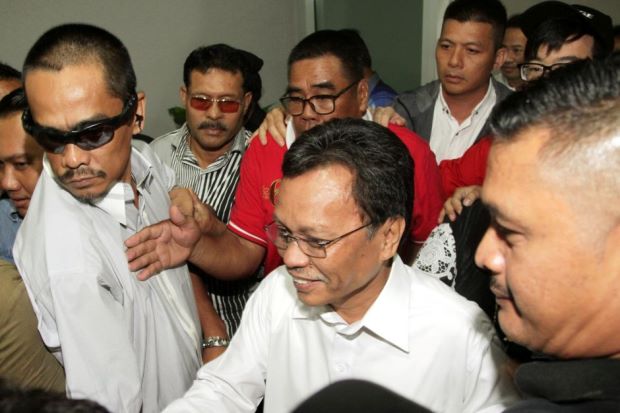 Shafie was detained at 9pm Thursday (Oct 19) by the Malaysian Anti-Corruption Commission (MACC) after five hours of questioning.

Shortly after the arrest, Warisan deputy president Darell Leiking told the media that Shafie had asked his supporters to remain calm.

“Shafie has asked everybody to be calm and don’t get emotional. Don’t shout or yell. He wants everyone to respect the law and allow the investigations,” said Darell.

Darell said that MACC assured that Shafie would be taken care of and given sufficient rest.

“He is likely to be taken to court Friday where he will celebrate his 60th birthday,” he said, adding that the party was not organising any gathering at the court.

Shafie is expected to be taken to the Kota Kinabalu High Court on Friday (Oct 20) to be remanded.

Earlier, Shafie, who was escorted by his lawyers Martin Tommy and Loretto Padua Jr, arrived at the Sabah MACC head office here at 5.15pm.

Also present were Shafie’s wife Datin Seri Shuryani Shuaib and Parti Warisan vice-president Datuk Peter Anthony, the first person to be arrested in MACC’s probe into the projects under the Rural and Regional Development Ministry.

The projects were implemented between 2009 and 2015 when Shafie headed the ministry.