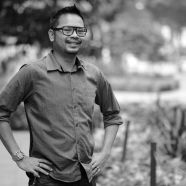 Yahoo News Singapore journalist Safhras Khan Abdul Rahman, known for his crime stories and close ties to the Malay community, has died. He was 39. 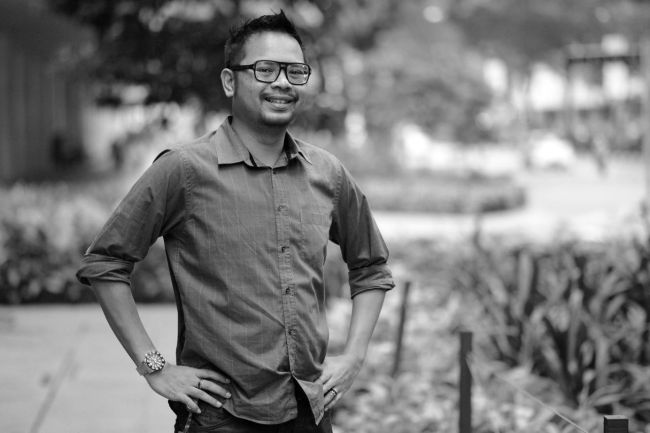 His father Abdul Rahman Khan, 66, told Yahoo News Singapore that he received a call at about 3am on Sunday morning (10 September) from a petrol kiosk attendant who informed him that Safhras appeared to have had a heart attack at the kiosk.

Safhras was conveyed by ambulance to Ng Teng Fong Hospital and then transferred to National University Hospital, where he died despite attempts to resuscitate him.

Over a hundred people turned up for the funeral wake at Safhras’ home in Choa Chu Kang on Sunday to pay their final respects. Among those who reportedly attended the wake were presidential hopefuls Farid Khan and Halimah Yacob.

The elder of two children, Safhras began his career in journalism in 2009 at Malay-language daily Berita Harian (BH). He joined the newspaper from Malay self-help group Mendaki, where he had worked in corporate communications.

Safhras covered a range of issues at BH, including crime and sports. “He was an intelligent and dedicated person, very respectful towards seniors and other colleagues. He was very persistent and knew how to get a story done. I will miss his smile,” said former BH photographer Tukiman Warji, 56, who often worked with him.

Safhras worked at the newspaper for four years and went on to brief stints as a sports reporter for Channel NewsAsia as well as in corporate communications for the women’s self-help group PPIS.

Safhras joined Yahoo News Singapore in 2015, where he quickly gained a reputation for delivering scoops on the crime and courts beats. Recent examples of his work include stories on a murder case at Teck Whye Crescent and on illegal cigarette peddlers in Geylang.

His strong ties with the Malay community enabled him to land stories such as an exclusive interview with presidential hopeful Salleh Marican. Safhras was also known for his community stories, such as his interview with an imam who carries out funeral rites for unclaimed foetuses and a three-part series marking the 30th anniversary of the Hotel New World collapse.

“His perseverance in chasing sources and stories, his strong interpersonal relations with newsmakers and sources that he had cultivated, and his ability to gather pertinent and in-depth information for his stories were what stood out. His attitude can be summed up in these words that he often uttered to his colleagues, ‘I hate to lose.’,” said Lee.

Minister for the Environment and Water Resources Masagos Zukifli also recalled his relationship with Safhras, which they established during the 2006 General Election.

“Safhras covered my campaign when I was first fielded in 2006. Since then we have (kept) in touch to exchange views, especially about the community. I last met him three weeks ago and am sad to know he has passed on. He was an aspiring investigative journalist and took his work seriously,” said Masagos in a Facebook message to Yahoo News Singapore.

Lawyer Nizam Ismail, 50, knew Safhras for almost a decade. The two worked together on Malay community issues during his time at Mendaki, while the latter would also consult Nizam on crime stories.

“He had a heart for the underdog. He covered the story of the old lady who was victimised by a neighbour who threw insults and unsavoury objects at her home. He felt sad for her and consulted me on the lady’s legal rights,” said Nizam.

He also recalled a recent meeting between his wife Oniatta and Safhras.

“Saf mentioned that he enjoyed being a journalist at Yahoo because he was free from the shackles of control. He enjoyed the independence as a reporter with Yahoo. And he felt strongly that was the right thing to do,” said Nizam.

Safhras is survived by his parents and a younger sister.