The case involving Road Transport Department deputy director-general Datuk Yusoff Ayob, who sent his special aide to plead guilty on his behalf over a charge of driving in an emergency lane, has been remitted back to the magistrate’s court. 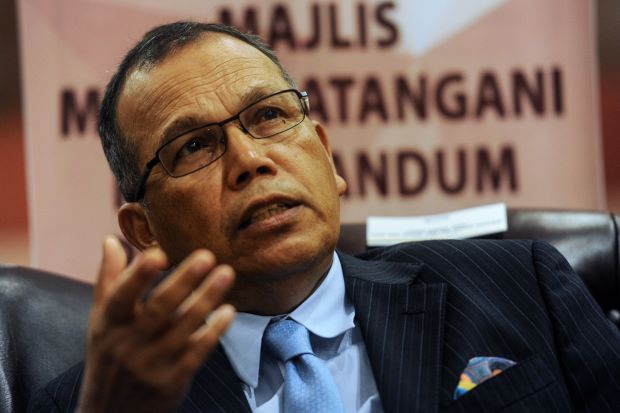 “The case has been sent back to the court. How can you plead guilty by way of representation?” Chief Justice Tan Sri Md Raus Sharif (pix) told reporters at a Hari Raya gathering with his staff at the Palace of Justice here.

On July 18, Yusoff was fined RM600 by the magistrate on a charge of driving a car bearing registration number BLY 68 in the emergency lane at Lingkaran Putrajaya in Putrajaya at 6.27pm on Oct 7 last year.

On that day, he did not turn up in court. Instead, he had sent a special officer to plead guilty on his behalf.

In a message to his staff, Raus urged them to instil the principles of justice and integrity in their work culture.

He said judiciary staff and officers should always be honest, fair, trustworthy and transparent in carrying out their duties with integrity.

“Excellence is unlikely to be inherited and acquired without continuous efforts and hard work,” he added.

Raus said efficient work culture was in line with the judiciary’s initiative which had introduced the online system such as E-filing phase 2 and E-Lelong system project which would be launched on July 27 in the Kuantan court. – Bernama