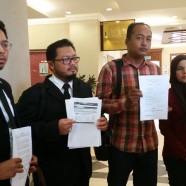 A husband and his wife today sued the Federal Territories Islamic Religious Department (JAWI) for raiding and arresting them for khalwat or close proximity. 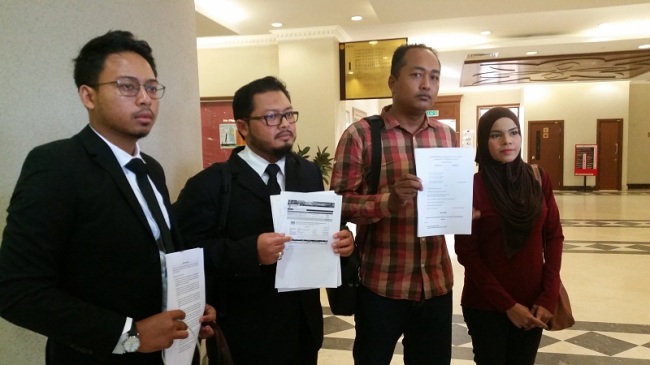 Mohd Ridhuan Giman, 34, and Siti Sarah Maulad Abdullah, 26, who have been married for three years, are demanding an apology from JAWI for their traumatic experience that resulted in injuries and their wrongful detention even after showing proof of their marriage.

According to their lawyer Yusfarizal Yussoff, an enforcement team from JAWI consisting of seven male officers and one female officer had raided the couple’s budget hotel room in Kuala Lumpur on January 8 at about 1.30am.

Yusfarizal said the male officers had forcefully entered the hotel room despite being told by Mohd Ridhuan that his wife inside was not dressed appropriately, adding that it resulted in a scuffle that caused the husband’s neck to be injured.

“Although the husband had repeatedly told the said officers that they are husband and wife and showed the officers the photo of their marriage certificate on his hand phone, the officers refused to accept the explanation.

“Instead, the male officers had directed the wife, in front of her own husband, to put on her clothes in front of the male officers. One of the officers kept on taking pictures and video despite being told of our client’s marital status,” he told reporters at the court complex here immediately after filing the lawsuit.

The couple are suing for wrongful arrest, wrongful confinement, trespass to person, violation of privacy, tort of abuse of office and violation of their fundamental liberties under the Federal Constitution.

They are suing two of the JAWI enforcement officers who have been identified as Mohd Shiham Ramli, Mohammad Izehar Md Amin; JAWI chief religious enforcement officer, JAWI director-general, JAWI, the Prime Minister’s Department and the government of Malaysia.