Home » Public Interest » Are Malaysian houses a ‘death trap’ if a fire breaks out?

Are Malaysian houses a ‘death trap’ if a fire breaks out? In the early hours of Monday (6 Feb), a fire broke out in a house in USJ, claiming the lives of ALL its occupants. They were four family members – Lim Ah Kok, who was found with his two sons, Yong Liang and Yong Wei on the upper floor, and his wife, Goh Bee Khim, who was found in the bathroom.

Postmortem showed that the victims died from smoke inhalation, adding that their bodies were not burnt by the fire. Only the family’s two pet dogs survived and were rescued by firemen. They are now under the care of neighbour Marissa Wong.

But the saddest part is that the daughter Yi Jun, who escaped that fate because she stays near her college in Cheras, has lost her entire family in one night. 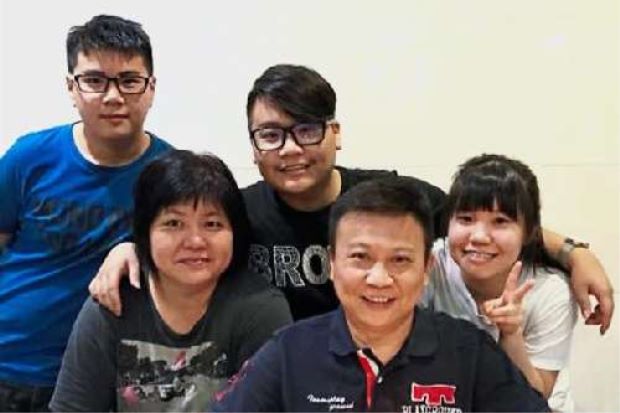 The family couldn’t escape because iron grilles blocked them At 5.34am, the Selangor Fire and Rescue Department received a distress call and dispatched two fire engines. By the time they arrived at the house about 10 minutes later, the ground floor was already engulfed in flames. The firefighters managed to control the blaze in half an hour, however the ground floor was about 80% destroyed. Initial checks showed that the fire could have started in the living room, possibly because of a short circuit (according to the Department, 57% of house fires were caused by short circuits or wrong usage of electrical items).

The victims probably tried to escape once they realised what had happened, though could not get downstairs due to the fire. Unfortunately, they couldn’t escape through the windows either which would have been their best means out of the burning house. They were TRAPPED in by the iron grille on the windows.

“I woke up about 5.10am to the sounds of people throwing woods and stones before I heard their cries for help. Then, I woke up my husband who was fast asleep, but we failed to help them as the automatic gate and thick smoke posed a hindrance.” – Aida Elena Baharudin, a neighbour, Astro Awani

But we Malaysians NEED our iron grilles! We install grilles on our windows and doors for security to prevent break-ins and stuff. Yet, we wouldn’t want them to turn our house into a death trap in the event of a fire…So how??

We can replace fixed grilles with ones that can be OPENED

It’s not uncommon in Malaysia to see houses that have those window grilles that are permanently mounted to the wall and cannot be opened. Like these: Sure, it keeps burglars out, but it also keeps YOU IN! So how? Dismantle them? Actually, we don’t have to do away with grilles altogether, guys. Just replace the fixed grilles with ones that can be opened with a key in times of emergency, said Subang Jaya OCPD Assistant Commissioner Mohammad Azlin Sadari.

And we must make sure to keep the keys in an accessible place in our house that we can easily remember. Probably the best place would be somewhere near the window itself so you can just head in that direction, grab the key, buka the lock and cabut! Considering that most fire incidents in Malaysia (and in fact the world) involve residential buildings, it’s important to beef up fire safety. Most of the 107 deaths due to fire last year occurred at home.

When interviewed, USJ residents were quite shaken by the incident, telling reporters that they feel most urban folk have become complacent with regards to fire safety. In fact, there is a study to back this up which we’ll show later. Executive Consultant Gerald Ebenezer, 49, and his family once escaped a fire that broke out in their USJ 11 home in 2004:

“I was lucky because a week before, my wife was watching a TV programme where people were advised about knowing where to escape should any unfortunate incidents take place. So she kept the keys to the window grille, and we, including our children, managed to climb on to the roof to our neighbour’s house.” – Gerald told The Sun Daily 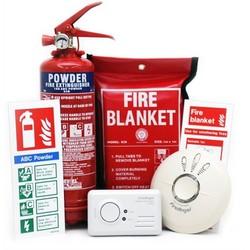 “Safety awareness among Malay­sians is still low, especially among residential owners,” the Fire Prevention Council Ma­­lay­­sia Chairman Datuk Soh Chai Hock told The Star. Now, about that study we mentioned…it was revealed that 86.7% surveyed didn’t own a fire safety apparatus in their home:

And the main reason why those people didn’t have one is because they never thought of it.

At present there are no laws making it mandatory for households to install fire safety equipment. Then again, no law doesn’t mean we shouldn’t take our own precaution to protect our own homes right? Prevention is the cheapest and most effective way, pointed Datuk Soh.

So if we want to invest in some fire safety equipment, smoke detectors, fire extinguishers and fire blankets are the must-haves, KL Fire and Rescue Department Director Khirudin Drahman proposed. They are actually quite affordable too. The Star’s checks at hardware shops and online stores showed smoke detectors cost around RM100, fire extinguishers ranging from 2kg to 9kg at between RM85-RM150, and between RM50-RM100 for fire blankets.

If a fire happens at night when everyone is asleep, we cannot assume that the smell of smoke will wake us up. It does the opposite in fact, it puts people into deeper sleep if they inhale smoke. Here’s where smoke detectors can save the day… this equipment is very sensitive and detects smoke in the early stages of a fire. Once the alarm goes off, it emits an audio signal of around 90 decibels, which is enough to wake a hibernating bear! Smoke detectors should ideally be placed in each bedroom, the kitchen and stairs.

“As for fire extinguishers, it is best to have at least one for each floor. The fire blankets on the other hand are usually placed in kitchens.” – Khirudin told The Star 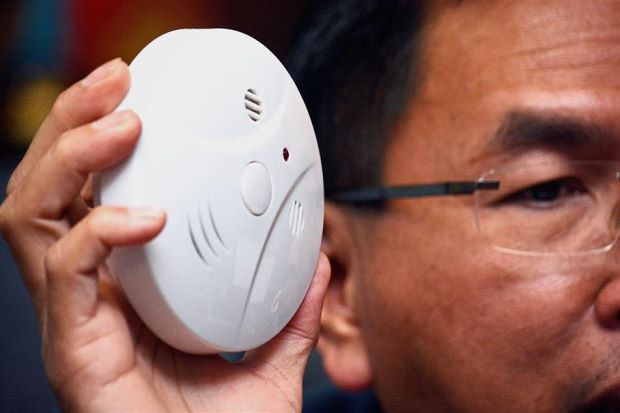 And here are some other basic but IMPORTANT preventative measures given by Bomba’s Fire Investigation Division Assistant Director General Edwin Galan Teruki: 1. Use only SIRIM approved electrical items – Most of the cases Bomba receives are caused by electrical fires. These are capalang electrical items aren’t certified by Standards and Industrial Research Institute of Malaysia (Sirim).

2. Unplug all electrical items – before going to sleep. Ya we know this is mafan, but when plugs are still in the socket, there may still be current running through the wires.

3. Try not to charge your phone overnight – If you have to, place it on non-combustible materials such as cement floors or tiles, not on wooden tables or your bed.

4. Don’t overload your sockets – An overloaded socket would automatically stop, under normal circumstances. However, if it’s faulty, a fire may start.

5. Check electrical wiring – Check them at least every 10 years or so to ensure the wirings are up to standard and functioning properly.

Last but not least, call Bomba if a fire does break out in your house. Their number is 999! Perhaps it’s because of a lack of awareness that people don’t bother, but this heartbreaking incident in USJ serves to remind us how vital it is to take fire safety seriously. Or perhaps we think never mind la, Bomba is there to rescue us if there’s a fire, but even when the Bomba arrived in 10 minutes to USJ, the family perished.

“The Fire and Rescue Department alone cannot do everything and prevention is the cheapest and most effective way. We must be fire conscious. Fa­­milies must plan escape paths in the event of fire. The elderly and the young must be briefed on this too.” – Datuk Soh

Ultimately, Malaysians dying from fire at home should not even be happening at all, said Datuk Soh. Let’s not take the safety of our homes for granted.