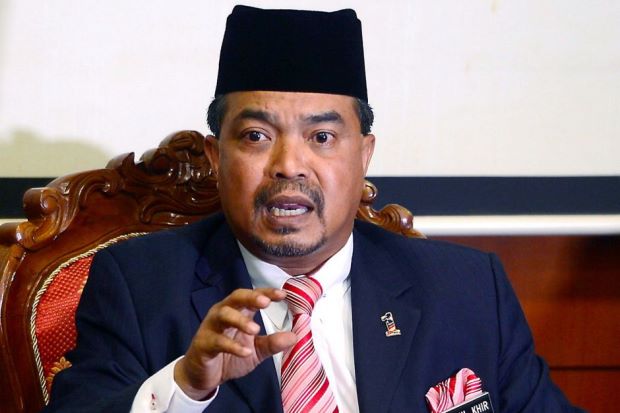 Auntie Anne’s was recently asked to change the name of its “Pretzel Dog” to “Pretzel Sausage” in order to receive a halal certification.

Speaking at a press conference in Parliament here, the Minister in the Prime Minister’s Department said Jakim was willing to discuss the matter.

He said they never wanted to declare “hot dog” as haram (forbidden), adding that what was important was the content of the food, and not the name of the product.

“Sometimes we understand that the company wants to maintain its brand as the product is already popular with that name,” he said.

Jamil also said that the application of halal certification by a company is done voluntarily.

“They wanted the halal certification and in order to obtain it, there is a need to comply with certain requirements.

“At the same time, in some cases, foodstuff has names that are unpleasant, and we would certainly advice them to change it,” he said.

Commenting on a Facebook post that Jakim had declared hotdog as haram, Jamil said it was fake.

On Jakim recommending the pretzel store franchise to change the name of its “Pretzel Dog” to “Pretzel Sausage” in order to receive a halal certification, Jamil did not give a clear response.

“Hot dogs” are not the only contentious words when it comes to the Islamic body’s halal certification standards.

Under the Jakim’s Malaysia Halal Certification (Third Revision) 2014 Manual Procedure, applicants may be rejected if their food items include the words “bacon”, “beer”, “rum”, “ham” or “bak kut teh”.

The manual was shared by Jakim’s Dakwah Division Facebook page on Wednesday.

Section 4.8.x of the manual, which details applications that are not eligible to receive certification, reads: “Products which use the name or synonymous names with non-halal products or confusing terms such as ham, bak kut teh, bacon, beer, rum, hotdog, charsiew and the like.”