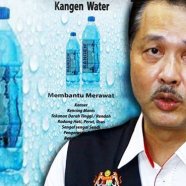 Director-General issues warning against sale or promotion of “Kangen” water filters to produce alkaline water and claims of being able to treat 150 chronic illnesses.  The Health Ministry will take action against the sale or promotion of “Kangen water”, in which a certain type of water filter is used to produce an alkaline water that purportedly can be used to treat 150 chronic illnesses. 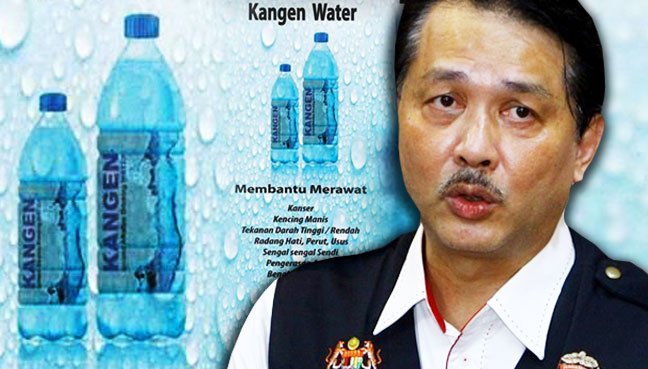 The director-general of health, Dr Noor Hisham Abdullah, said the ministry was concerned with reports about “Kangen water” that have gone viral on social media.

“The Health Ministry views such promotion very seriously because it can mislead people into believing the water can cure various illnesses. Under the Food Regulations Act 1985, all water packed for consumption must be approved and licenced by the Health Ministry,” he said in a statement here last night.

The Food Act 1983 and the Food Regulations 1985 are the two pieces of legislation that form the backbone of the food safety programme. These legislations replace the Sale of Food and Drug Ordinance and Regulations 1952.

The objective of the Food Act 1983 and the Food Regulations 1985 is to ensure that the public is protected from health hazards and fraud in the preparation, sale and use of foods and for matters connected therewith

Failure to adhere to the regulations can result in offenders being charged and the products seized, he said.

He said consumers can lodge complaints at the district Health Office or state Health Departments or through the health ministry website http://moh.spab.gov.my or via the Facebook page at http://www.facebook.com/bkkmhq