A real estate agent was shot dead at close range by two unknown assailants on a motorcycle while driving her luxury MPV in Taman OUG here. 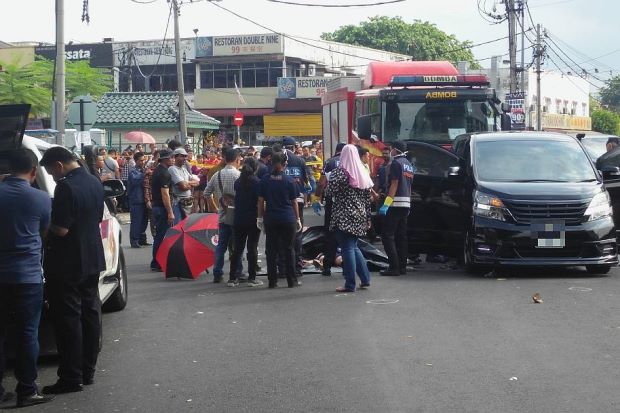 Her eight-year-old daughter, who was sitting in the front passenger seat, was also shot and is in critical condition.

“We rushed to the scene and found the woman’s body motionless in the Toyota Vellfire.

“Based on our investigations the victim had come out to eat at a restaurant nearby.

“She was driving with five children and a maid when two men on a motorcycle approached the vehicle and opened fire,” he told reporters when met at the scene.

He said the suspects are believed to have fired five shots at the vehicle with one hitting the 32-year-old woman in the neck.

“Her daughter who was sitting next to her was also shot and has been rushed to the Universiti Malaya Medical Centre for treatment,” he said.

ACP Rusdi said police hope to get a clearer picture of the incident once they acquire footage from the CCTV cameras in the area.

He added that the woman’s body would be sent to the same hospital for a post-mortem.

He said the case has been classified as murder.

“We have yet to establish motive for the murder,” he said, urging anyone with information to contact the police hotline at 03-2115 9999 or visit the nearest police station.