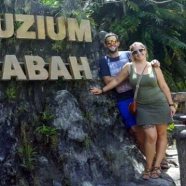 Malaysian security forces have collected four people, picked up by Vietnamese fishermen after the group’s boat disappeared in waters off Kudat last week.

The four, a Malaysian, a China national and a Spanish couple, have been rescued by the vessel KM Bistari from the Malaysian Maritime Enforcement Agency (MMEA) about 6pm today.
The four were on board two Vietnamese fishing boats near the Amboyna Cay island within the Spratlys Islands.
Sabah and Labuan regional maritime director First Admiral Mohd Zubil Mat Som had earlier said that two vessels, KD Baung from the Royal Malaysian Navy and KM Bistari from the MMEA, had been dispatched to the location to pick up the four.
Mohd Zubil earlier said that the four were in good health, and had made phone calls to their respective families.
The island is located about 400km from here.
The four, Spanish couple David Hernandez Gasulla and Martha Miguel who are both 30; 45-year-old resort owner Lam Wai Yin from China; and his employee Armelia Ali Hassan, 30, were reported missing after their boat failed to reach Simpang Mengayau on May 2 at about 8pm.
The boat had earlier departed Pulau Balambangan, Banggi but failed to reach their destination as planned, prompting the boat owner to lodge a report. A massive search involving multiple agencies had been launched following their disappearance.