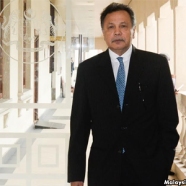 The Kuala Lumpur High Court was yesterday told that Public Bank Berhad was not authorized to disclose the confidential banking information of the chairman of National Feedlot Corporation (NFCorp) Sdn Bhd and his group of companies. Twenty-five bank accounts and eight collateral accounts had been disclosed. 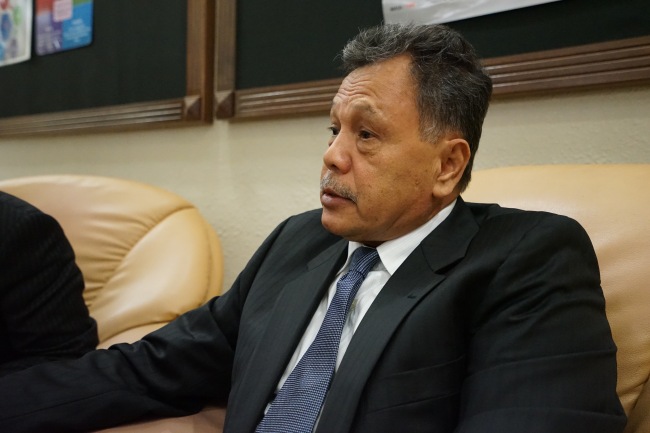 Datuk Dr Salleh also confirmed that he had appointed a public relations consultancy GRA Communications to manage his media relations and that the consulting firm had issued a media response following the news conference of 7 March 2012 in which Rafizi Ramli had cast defamatory and damaging remarks using financial documents from Public Bank.

The statement stated that the KL Eco City commercial property purchases were private investments and had nothing to do with NFCorp.

Later during re examination by his counsel Datuk M David Morais, it was explained that a loan offered to Datuk Dr Salleh and his son by Public Bank was withdrawn in January 2012. Salleh said the offer letter did not stipulate any requirement for additional collateral as the properties were the collateral. Therefore, the allegation that Salleh had abused a RM71.3 million government loan deposit placed at the bank as leverage to obtain personal loans, was false.

Rafizi’s claim that Datuk Dr Salleh had defaulted on the servicing of the purported loans for eight KL Eco City office lots with arrears from March 2011 to February 2012, and therefore, was apt to jeopardize the government loan deposit placed at the bank was also false. Rafizi had also claimed that Datuk Dr Salleh was not credit worthy as his bank account had shown a paltry balance of RM421.

Datuk Dr Salleh and NFCorp (plaintiffs) are suing Rafizi for lies, distortions and misrepresentations that led to public outrage, scorn, disgrace and embarrassment. MKini Dotcom Sdn Bhd, publishers of the Internet news portal MalaysiaKini was also named in the suit for having broadcast and published the slanders.

In the re examination, Datuk Dr Salleh clarified his ability to repay the proposed installments for the eight KL Eco City property purchases estimated at RM60,000 per month. He explained that of the eight office lots, four would be sold-off. Of the remaining four, two would be rented out and two would be used for his office operations. That would put the monthly installment at approximately RM15,000 per month for the two units which he said he and his son would easily be able to repay.

Datuk Salleh also clarified that NFCorp is still continuing to do business. The company is working closely with the Ministry of Rural Development for a project with Felcra. He also added that the Ministry of Agriculture had asked for his assistance in a dairy farming project where NFCorp’s facilities at Gemas would be utilized.

The Kuala Lumpur High Court was also told that in the three months leading to the disclosure of confidential banking information by Rafizi Ramli on 7 March, revenue was on an upward trend. However, following the disclosure, he was arrested and charged on 12 March. The authorities then seized all his bank accounts totaling RM86.4 million at Public Bank , Maybank and CIMB on 14 March 2012, thus crippling NFCorp’s business.

Datuk Dr Salleh explained that following the 7 March disclosure by Rafizi, sales dipped and soon after the remaining stocks of cattle were depleted in the six months that followed, the business of NFCorp dived further and collapsed.

In their statement of claim, the plaintiffs have sought for general damages, exemplary damages, aggravated damages, interest, costs and other appropriate reliefs from the court. The suit is for damages suffered by the plaintiffs as a result of the lies, distortions, misrepresentations and fabrications, and the subsequent slander by the defendants.

NFCorp and its chairman had filed the legal suit against Rafizi Ramli and MKini Dotcom Sdn Bhd in the High Court at Kuala Lumpur on 3 June 2013.

← Companies belonged to NFCorp, not Shahrizat Four missing at sea rescued at last →