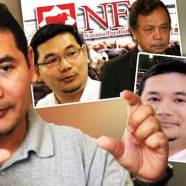 Companies belonged to NFCorp, not Shahrizat 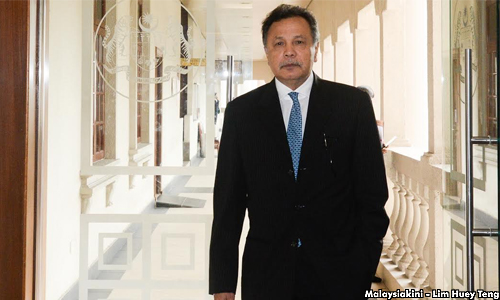 NFCorp chairman Datuk Dr Mohamad Salleh Ismail testified in a cross examination that PKR’s then strategy director Rafizi Ramli had however cast aspersions to smear and defame him, his family and his wife who was a Federal Cabinet Minister of Women, Family and Community Development when Rafizi claimed in a derogatory fashion in the public domain that the companies were Shahrizat’s.

Datuk Dr Salleh and NFCorp (plaintiffs) are suing Rafizi for vicious slanders that riled the public and which led to public outrage, scorn, disgrace and embarrassment. MKini Dotcom Sdn Bhd, publishers of the Internet news portal MalaysiaKini is also named in the suit for having broadcast and published the slanders.

The false allegations were all made using confidential bank documents from Public Bank Berhad which Rafizi distributed to the media to support his wild claims of lies, distortions and misrepresentations.

In their statement of claim, the plaintiffs have sought for general damages, exemplary damages, aggravated damages, interest, costs and other appropriate reliefs from the court. The suit is for damages suffered by the plaintiffs as a result of the lies, distortions, misrepresentations and fabrications, and the subsequent slander by the defendants.

No such loans taken to cause jeopardy

According to documents tendered in court, no loans had ever been taken by the plaintiffs from Public Bank Berhad for the purchase of the eight KL Eco City properties that formed the basis of the false accusations hurled by Rafizi Ramli.

The accusations had caused tremendous public outrage, resulting in a severe loss of income, and ultimately the collapse of the business with loss of jobs for over 250 employees at the plaintiffs’ feedlot, abattoir and restaurants, added Datuk Dr Salleh.

NFCorp and its chairman had filed the legal suit against Rafizi Ramli and MKini Dotcom Sdn Bhd in the High Court at Kuala Lumpur on 3 June 2013.