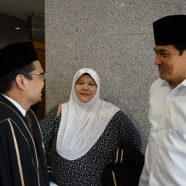 Aim of ‘Mutaah” fulfilled as former wife provided with a bungalow, allowances and fleet of vehicles to begin a new life 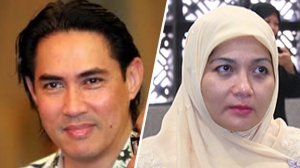 A 151-page written submission supported by 76 legal authorities on Shariah had earlier been filed by Datuk Seri Mahmud for adjudication.

“At the onset, it must be emphasised that the objective of ‘mutaah’ or conciliatory gift is to provide for a former wife the ability to begin a new life. Shahnaz Abdul Majid in this instance has been given a bungalow in Bukit Damansara, allowances and a fleet of vehicles. As such, the aim of ‘mutaah’ has been satisfactorily satisfied,” said Datuk Zainul Rijal.

Claims that Mahmud had assets amounting to over RM1 billion assessed by his former wife’s appointed independent advisor Ferrier Hodgson MH, were demolished and deemed not credible as it had not observed the prescribed Standards 9 of the Malaysian Valuation Standards.

It was argued that the valuation report tendered by the author Andrew Heng should convey a clear understanding of the opinion expressed by the valuer, the basis of the valuation used, and the assumptions and information on which it was based. However, the report declared it did not have access to the Malaysian companies alleged to be owned by Mahmud.

“Indeed, the independent advisor had not written to my client nor to the company secretaries to determine his shares and actual wealth,” said Datuk Zainul.

Datuk Zainul further argued that the valuation report tendered failed to specify a date for the inspection of land banks, the name of the inspector or his assistant who conducted the inspection, and a physical description of the property and its condition, available services, etc.

The report, he said, had claimed of land banks with potential palm oil harvests when in reality it was nothing but barren land or with marsh undergrowth. There had been no physical inspection or sighting conducted by the author for the valuation.

“The report had also failed to take into consideration my client’s borrowings and liabilities or those taken by his companies when assessing his net wealth,” said Datuk Zainul.

He added that the valuation report had also contained several disclaimers by the author as the report relied on public available information and documents, and the applicant’s (Shahnaz Abdul Majid) oral and written representation. The report further affirmed that it would not be held responsible for any misrepresentation in the accuracy of the information.

“It should be noted that the above valuation is subject to the specific basis and assumptions and limitations mentioned in the Report. Should any of these assumptions or basis change, there could be an effect on indicative valuation – Ferrier Hodgson MH.”

As such, Datuk Zainul contended the valuation report with its limited scope was not credible as it could not stand by its contents. It was flawed and therefore should be thrown out by the court.

Shahnaz had also claimed that Mahmud had USD700 million parked in a string of offshore bank accounts in Canada, the US, the Caribbean, France, Luxembourg, Monaco, Hong Kong and Switzerland. She had also testified that he had properties both locally and abroad, Datuk Zainul said

“This court has not been shown with even an iota of evidence and proof that these accounts exist. Neither have these off shore banks been called in to testify its existence. My client has testified that these bank accounts are forgeries masquerading as hacks concocted by forgers who have now been jailed.”

Ultimately, he said, Shahnaaz had failed to prove her case.

The excessive claim for ‘mutaah’ was also challenged. It was argued if Shahnaz was credible and deserving of such quantum under Shariah laws and provisions, and if the measure of a former husband’s wealth in the determination of ‘mutaah’ was within the parameters for adjudication.

Mutaah claims under Shariah in other Islamic nations of the world prescribe a minimum of 30 Dirhams as the conciliatory gift. Translated into gold, this would amount to 100.8 grams or a Ringgit value equivalent of RM14,112.00.

Citations were also presented to underscore that the measure of a husband’s wealth could not be applied in the determination of ‘mutaah’ under Shariah law and principles.

The former couple were married in 1992 and blessed with a son. The marriage however ended in a divorce 19 years later. Since then, Mahmud had provided for his former wife a bungalow in Bukit Damansara, allowances and a fleet of vehicles.

In addition to the RM100 million claim for ‘mutaah’ today, Shanaz had also filed a number of other claims amounting to RM500 million for matrimonial assets division.

In the RM141 million child maintenance claim, Shahnaz lost when the Appellate Court ruled unanimously in Mahmud’s favour on 14 July 2015 that their only son Raden Murya Abdul Taib Mahmud was matured and capable to apply for maintenance on his own accord as an adult.

Shahnaz had in her application, claimed for her son a terrace house in London (RM60 million), a residence in Bukit Tunku (RM10 million), two Aston Martins (RM5.5 million), medical insurance (RM5 million) and a private trust fund (RM40 million) to be held and managed by her.