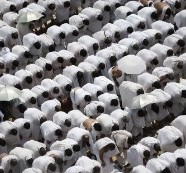 A stampede during one of the last rituals of the Hajj season has killed at least 220 people and left 450 others wounded. 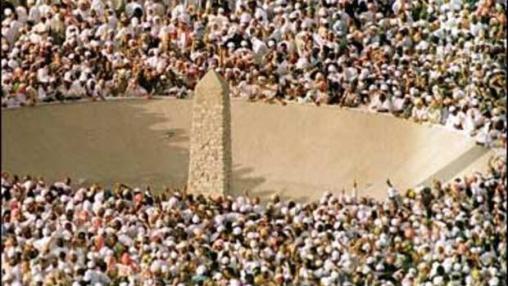 The stampede occurred during the ritual known as “stoning the devil” in the tent city of Mina, about two miles from Mecca.

Hundreds have been killed in past years during the same ceremony.

“We have a stampede accident in Mina and civil defense is dealing with it,” Interior Ministry spokesman Brig. Gen. Mansour al-Turki said.

Officials deployed 4,000 workers and 220 ambulances and other vehicles to Mina to help with the disaster.

In the ritual, crowds of pilgrims throw stones at three pillars, in a re-enactment of an event when Prophet Abraham stoned the devil and rejected his temptations, according to Muslim traditions.

The ceremony was the scene of stampedes and hundreds of deaths in the 1980s and 1990s as pilgrims passed a crowded bottleneck area leading to the small pillars on the ground.

After that, the Saudi government erected three massive pillars and completed a $1.2 billion, five-story bridge nearby where pilgrims can toss stones. It was meant to be a roomier atmosphere and more efficient way to accommodate the faithful.

The stoning ritual is done over at least two days, where pilgrims stone three pillars at Mina — believed to be where the Prophet Abraham stoned the devil when he tried to dissuade him from obeying God’s orders to slaughter his son. According to tradition, the event was a test from God, who gave Abraham a ram to slaughter instead.

Thursday was the third day of the Hajj.

Ten days before the start of Hajj this year, a construction crane crashed through the roof of the Grand Mosque in Mecca, killing 107 people. At least 238 others suffered injuries when a powerful storm toppled the crane.

Losing one’s life during the Hajj season is considered by many devout Muslims as an entry to heaven.