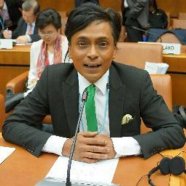 Over 50 policemen believed to be a part of the special task force investigating the abduction of prominent Deputy Public Prosecutor Kevin Anthony Morais started canvassing a bushy area at a roadside in USJ 1, here, since 6am today.

It is believed that they were there to follow up on a major lead in the probe.

The New Straits Times has yet to ascertain what the officers, who at about 7.40am were seen tying up ropes onto a four-wheel-drive vehicle before they started pulling something heavy from the roadside, were searching for.

It is learnt that senior police officers spearheading the probe were also present at the scene.

However, they have yet to issue any official comments.