Sarawak business tycoon succeeds in having child maintenance applied by son, not by former wife

The Kuala Lumpur Shariah High Court was today informed that Sarawak business entrepreneur Datuk Seri Mahmud Abu Bekir Taib had successfully obtained an order from the Kuala Lumpur Shariah Appeals Court on 14 July 2015 which unanimously ruled in his favour that his only son Raden Murya Abdul Taib Mahmud was matured and capable to apply for child maintenance on his own accord. 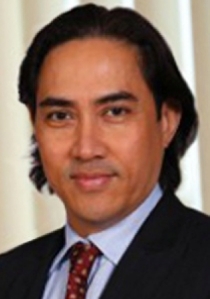 The highest court in the Shariah judicial system allowed Mahmud’s application to review a High Court order of 2013 which ruled that his former wife Shahnaz may act on her son’s behalf to claim for maintenance.

Shahnaz had claimed in excess of RM121 million for child maintenance for Raden to include a terrace house in London (RM60 million), a residence in Bukit Tunku (RM10 million), two Aston Martins (RM5.5 million), medical insurance (RM5 million) and a private trust fund (RM40 million) to be held and managed by her.

The Appellate Court chaired by Datuk Mahammad Ibrahim and together with Judges Datuk Muhammad Asri Abdullah and Datuk Yusof Musa ruled that the application by Shahnaz on behalf of her son was against the law and Hukum Syarak. The provisions of the Age of Majority Act, 1971, stipulates that a person having attained the age of 18, had the capacity to be an independent litigant as a major.

Raden, born on 11 December 1993, is today 21 years 8 months old, and a full grown adult no longer to be under his mother’s guardianship.

With this Appellate Court order granted, the child maintenance; the ex parte order of 2013 obtained by Shahnaz against Mahmud to pay his son’s interim maintenance of RM902,746 (through Shahnaz); the committal proceedings against Mahmud and the application to set aside the above, have all been set aside.