International experts have confirmed that the flaperon found on the French Reunion Island is from Flight MH370 – supporting an earlier conclusion that the Malaysia Airlines plane crashed into the Indian Ocean almost 17 months ago. 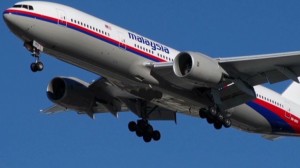 Datuk Seri Najib Tun Razak said today that the experts gathered in the French city of Toulouse “have conclusively confirmed that the aircraft debris found on Reunion Island is indeed from MH370″.

“We now have physical evidence that, as I announced on March 24 last year, Flight MH370 tragically ended in the southern Indian Ocean,” the Prime Minister said live over TV3 at 1.45am today.

The confirmation is expected to narrow the search area and raises hopes of solving what has been described as the greatest mystery in modern aviation history.

Flight MH370 from Kuala Lumpur to Beijing disappeared from the radar on March 8, 2014 with 239 passengers and crew.

“The days, weeks and months that followed have been a period of torment for the families of those on board,” Najib said.

“The plane’s disappearance was without precedent. At every stage, we followed the tiny amount of evidence that existed. But, despite the efforts of 26 nations and the largest search in aviation history, from the South China Sea to the Indian Ocean, the plane could not be located.

“Neither could investigations by the world’s leading aviation experts answer why MH370 veered off course and went dark. While the plane’s disappearance remained a mystery, we have shared the pain of those who could find no comfort.”

The Prime Minister’s announcement which was carried worldwide came 515 days after the plane went missing.