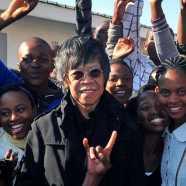 Citing sources, The Malaysian Insider said Lim resigned from his post in the Prime Minister’s Office earlier this month.

The resignation comes as Najib struggles to deal with the 1MDB scandal with calls for him to step down intensifying after foreign media reports said RM2.6 billion of state funds had been banked into his personal bank accounts.

One of his plans was reportedly a nationwide publicity tour, where Najib would go to the ground hear the people’s grouses.

The 69-year-old had downplayed his appointment, saying he had been working with the government since the New Economic Policy (NEP) was introduced in 1974.Friend to foe

Mahathir claimed Lim, a close associate of his, had turned from friend to foe and that Lim had been tasked by Najib with dismantling the former prime minister’s legacy.

However, both Mahathir and other critics have said that the public relations mogul had to try much harder to save Najib’s dwindling support.