Home » News » Thai police: Justo has admitted to blackmailing and attempting to extort from former boss

Thai police: Justo has admitted to blackmailing and attempting to extort from former boss

Thailand Royal Police are still in the process of investigating the case of former PetroSaudi International executive Xavier Andre Justo although he has admitted to blackmailing and attempting to extort his former employer. 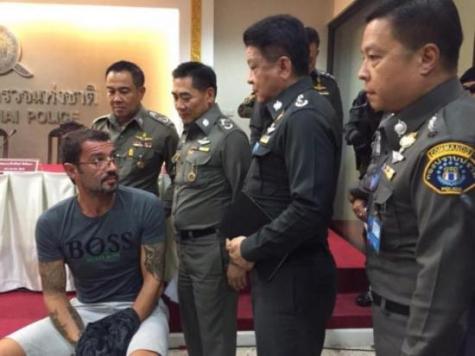 “Yes, he did admit,” he said when asked by Bernama whether Justo had confessed to all allegations of blackmail and extortion.

On the report about a request by Malaysian police to interview Justo, he said that so far there had not been any official request or contact on the
matter.

Malaysia is not the complainant or involved in this, only Thailand and PetroSaudi were involved, he said after the Royal Thai Police weekly press conference here today.

“What status do Malaysian officials have in this case?” he asked.

“As this case is a matter of international relations we will not allow any visit until the investigation process is done,” he said, stating that he was the only person authorised to speak about the case.

He said the case involved Switzerland (as Justo is a Swiss national), England where PetroSaudi is registered, and Thailand where the offences are
alleged to have been committed.

Justo committed the offences in Thailand, and so he would be charged in Thailand under Thai laws, he said.

On a visit by Thailand deputy police chief Jakthip Chaijinda to Kuala Lumpur tomorrow, he said the visit was to discuss human trafficking.

Justo was arrested in Koh Samui on June 22 based on a warrant of arrest which had been issued by the Southern Bangkok Criminal Court.

The charges were attempted blackmail or attempted extortion.

He is alleged to have demanded a payment as high as 2.5 million Swiss Francs (about RM10 million) from PetroSaudi in exchange for not disclosing the business information which he had stolen.