The welfare of Malaysia Airlines (MAS) workers, who were reported to be facing retrenchment, received the attention of Members of Parliament who want their interests be prioritised. 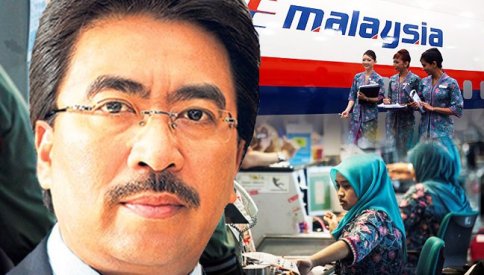 Johari Abdul Ghani (BN-Titiwangsa) said the workers involved must be assisted as they have families and debt commitments which must be settled.

“The fasting month is also close, Hari Raya Aidilfitri is coming soon, so, how will they fare if they are not assisted,” he said when debating the 11th Malaysia Plan (11MP) in the Dewan Rakyat here, today.

As such, he suggested that the management compensate them appropriately if they were forced to retrench staff in the effort to save the national airline.

He said this was to enable the workers involved to meet their commitments and begin a new life.

Johari also suggested that the workers who had loan commitments, such as from Mara and the National Higher Education Fund Corporation, be exempted from paying the loans until they got new jobs.

“I also want to suggest that the workers involved are allowed to make withdrawals from the Employees Provident Fund earlier to start a business or pay existing loans,” he said.

The local media, prior to this, reported that MAS was prepared to do away with at least a third of its manpower as a last resort to save the airline.

Touching on the same issue, Hasbi Habibollah (BN-Limbang) urged the government to give the best offer to the affected workers.

“It is hoped that the government will give the best offer to the workers if it wants to make an improvement or solve problems towards developing the national icon,” he said.

Abdullah Sani Abdul Hamid (PKR-Kuala Langat) said the plan to turnaround MAS should start via reducing expenditure at the management level and not by reducing the number of workers.

“Cut the allowances which bring opulence to the management and vendors while food and beverage should be reviewed,” he said.