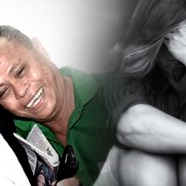 It isn’t surprising why some people view lawyers with disdain and have a low opinion of them. The recent actions of Augustine Liom, the lawyer defending a 60-year-old man charged with impregnating a 15-year-old girl, clearly illustrates the reasons behind the negative perception. Candy Jiang in a post on TheAntDaily explains ..

Liom had claimed that the 15 year old had falsely accused his client that they had engaged in sexual intercourse. It would seem that to Liom, most teenage girls these days are such devious creatures capable of seducing innocent and pure minded 60-year-old senior citizens.

How else can anyone make sense of his statement: “So, shocking as it may seem, we could just mistakenly underestimated the guile and craftiness of some of our present-day 15 years old.”

Luckily, this did not go unnoticed. Wanita MCA leader Heng Seai Kie issued a strongly worded statement taking the lawyer to task, voicing her disgust towards his attempt to “vilify the 15-year-old mother who was impregnated by his 60-year old-client, as a slut and a liar”.

“By humiliating and blaming the female for being deflowered and producing a child out of wedlock, Mr Liom’s vilification wreaks of misogyny and parochial mentality coupled with sheer meanness,” she added.

As a lawyer, Liom certainly has the right to defend his client by any and all means necessary, something even Heng acknowledged in her statement. But branding a teenager who has gone through such an ordeal as a lying slut is downright humiliating and cruel.

Liom seems to be a very effective lawyer, one who has demonstrated the commitment to do whatever it takes to clear his client’s good name, even if it requires dragging a victim’s name through the mud. But that is what the legal system is all about.

But what about the bigger picture?

Men already have so many excuses when it comes to sex, especially those who enjoy preying on young girls who are often confused about the changes that their bodies go through during puberty.

There is the possibility that views similar to those espoused by Liom embolden these individuals and spur them into action. Are we going to hear of more ‘finger-insemination’ teen pregnancies in Malaysia in the near future.

And one last thing, labeling a 15 year old as a slut and a liar is just plain wrong.