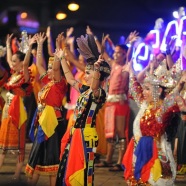 Malaysia’s tourism sector was the sixth highest contributor to the country’s economy in 2014, with the new record in tourism arrivals growing to 27.4 million and receipts at RM72 billion compared with RM65.4 billion in 2013.

According to the Economic Transformation Report 2014, the results highlighted the industry’s resilience despite the nation’s twin aviation tragedies in the first half of 2014.

“The ministry took steps to adapt to the needs of this dynamic industry, intensifying promotions to other markets to counter the decreasing demand from the Chinese market,” the report said.

Overall the Tourism National Key Economic Areas (NKEA) achieved 132 per cent of the Key Performance Index (KPIs) of its 12 Entry Point Projects (EPPs) as a result of close collaboration and the continued efforts of the Ministry of Tourism and Culture (MOTAC), Transport Ministry, Natural Resources and Environment Ministry, other government agencies as well as private sector.

The report revealed that a total of 362,280 delegate days were generated with the efforts taken by Malaysia Convention and Exhibition Bureau (MyCEB) and industry partners, surpassing their target KPI of 230,000 delegate days.

This achievement, according to the report, was accomplished by securing several large conventions, incentive groups and exhibitions that totalled 152 events secured or supported throughout the year.

The 2014 annual report stated that Malaysian tourism benefitted significantly with international attendees increasing from 97,211 in 2013 to 110,899 last year, surpassing their target of 63,400.

“Efforts will be more focused on identifying high-potential landmark events to complement MyFest 2015, and heightened engagement with the private sector to help bid for more international events,” the report said.

Other than that, golf revenue rose 2.6 percent to RM312 million in 2014, led by the efforts of Tourism Malaysia and the Malaysian Gold Tourism Association (MGTA), with the Best Golf Destination in Asia awarded in inaugural edition of the World Golf Awards in 2014.

Another EPP is the Malaysia Mega Biodiversity Hub that attracted a total of 875,694 visitors, last year.

In order to capture the international cruise tourism market, that is growing at an average of 14 percent annually, the EPP supports the ongoing development of a vibrant cruise network utilising the strategic nautical corridor along historic Straits of Melaka and the exotic island of Borneo.

Malaysia was adding top-tier port capacity with an upcoming privately-developed cruise terminal in Melaka where a MoU haS been signed between Royal Caribbean International and Melaka Gateway that will be launched in early 2017.

MOTAC will step up its marketing and promotion activities to ensure that Malaysia’s luxury outlet centres were well-publicised to international tourists.