Pandan MP Rafizi Ramli has acknowledged the statement by BMW Group Malaysia, but declined to admit his mistake in alleging that six BMW cars were purchased by the Government. Tan Yi Liang of the Star OnLine reports his blunder: 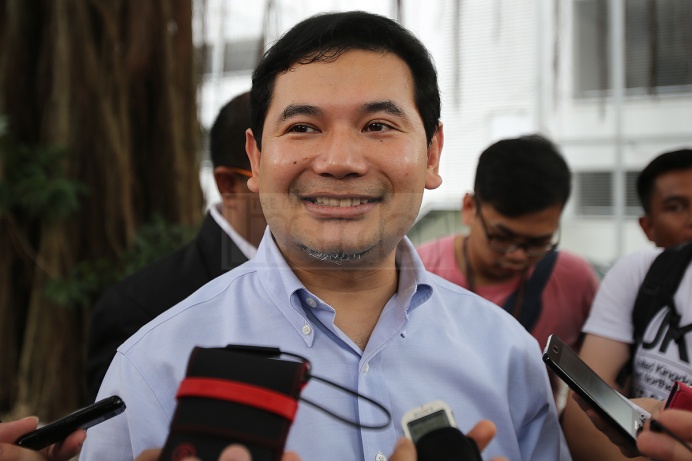 “I have been informed that BMW said that the six BMW cars on display were sponsored by BMW for the 26th Asean summit.

“To those from the public who took the photos and commented, thankfully the GST money of the rakyat was not used to buy these cars,” said Rafizi in a post on his official Facebook account.

“We at BMW Group Malaysia would like to clarify that the cars mentioned and photographed have not been purchased by Putrajaya,” said Harris the statement.

Harris added that BMW had provided the cars for the upcoming 26th Asean Summit set to take place in Kuala Lumpur and Langkawi from April 24 to 28.

“The cars are part of BMW Group Malaysia’s commitment as the Automotive Partner of the upcoming 26th ASEAN Summit taking place in Kuala Lumpur and Langkawi from April 24 to 28.BMW Group Malaysia will be providing a fleet of BMW 7 Series and BMW 5 Series which will be utilised for the shuttling of all dignitaries, officials and VIPs for South East Asia’s most prominent meeting later this month,” he said.

At the press conference on Wednesday morning, Rafizi had said; “This morning, I received information and pictures of six BMW 7-Series in an outlet in Bandar Puteri, Puchong that did not have licence plate numbers. Instead, these luxury cars had the National Emblems on them which invites speculation that they are owned by the Federal Government.”

Datuk Johari Abdul (PKR-Sungai Petani), who was present at the press conference, said that if the case was true, the purchasing of the cars was done at a “wrong time.”

“It could also be that there are groups of “bad people” misusing the emblem, and for what purpose? For all we know, this can be a syndicate which uses the National Emblem for reasons unknown,” he said.