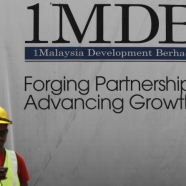 Local news portal MalaysiaKini reported today KPMG insisting that the audit on the state investment arm was above board and followed “international standards.”

“The audit of 1MDB was conducted in accordance with international standards on auditing,” KPMG was quoted saying.

“KPMG will cooperate with the relevant Malaysian authorities investigating this matter,” the audit firm added.

Pua claimed that documents unearthed in a recent exposé on 1MDB showed that the company only signed an agreement to convert its 40 per cent stakeholding in joint venture entity 1MDB-Petrosaudi Limited to a US$1.2 billion Islamic loan on June 14, 2010, almost three months after the close of 1MDB’s financial year ending March 31.

1MDB came under criticism after a British paper, The Sunday Times in collaboration with whistleblower site Sarawak Report, ran an exposé on March 1 on Malaysian business magnate Low Taek Jho and his alleged links to 1MDB’s venture with oil exploration and production firm PetroSaudi International.

In the exposé, Sarawak Report accused the Malaysian tycoon popularly known as Jho Low, of siphoning off US$700 million (RM2.5 billion) from 1MDB and using PetroSaudi as a “front” in a 2009 joint venture.

← Germanwings Pilot Was Locked Out of Cockpit Before Crash in France Dr Khir apologises to Khalid, defamation suit settled →