PetroSaudi Investments Limited has lodged a report with the city of London Police Action Fraud Unit at the National Fraud and Cyber Crime Reporting Centre at 3.45pm UK time (March 1).

PetroSaudi Investments Limited has lodged a police report in connection with allegations made by a website on the firm’s relationship with Malaysia’s strategic development company, 1Malaysia Development Berhad (1MDB).

The report was lodged with the city of London Police Action Fraud Unit at the National Fraud and Cyber Crime Reporting Centre at 3.45pm UK time (March 1).

Sources close to the company told The Rakyat Post that the police report was filed in relation to a series of articles by the Sarawak Report website, including one entitled “Heist of the Century — How Jho Low Used PetroSaudi As ‘A Front’ To Siphon Billions Out Of 1MDB!”.

The website claimed to have obtained access to documents and emails relating to transactions by 1MDB, including its initial joint venture with PetroSaudi from 2009. 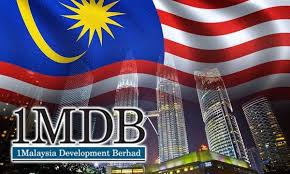 The website had also claimed that the entire joint venture project was conceived, managed and driven by tycoon Jho Low.

In a statement released earlier yesterday, PetroSaudi “stated categorically” that all funds from 1MDB went to its owned entities, stressing that any other inference was false.

It said that it had paid 1MDB in full and both parties no longer had any further financial or legal obligations in the matter.

1MDB president and group executive director Arul Kanda, in a statement Sunday, said the claims were of great concern and went on to explain the dealings between the two companies.

“1MDB exited the relationship in 2012, and received back its investment in full, with a profit of US$488 million,” Arul Kanda said.

← All funds from 1Malaysia Development Bhd went to Petrosaudi-owned entities, any other inference is false Gonz and NIGO unveil the adidas Superstar 80s Pioneers Pack →