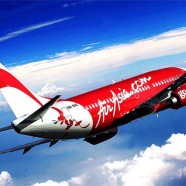 Jakarta, Indonesia (CNN)The Indonesian military said Tuesday that it was stopping its efforts to recover the remains of AirAsia Flight QZ8501 almost a month after the commercial jet crashed into the sea.

The military provided the majority of personnel and hardware involved in the recovery operation, which was hindered by bad weather and technical problems.

“We are really disappointed,” Imam Sampurno, whose four family members who were on the plane still haven’t been found, said of the military’s announcement. “We really hope the evacuation process is still going.”

Searchers have so far retrieved 70 bodies from the Java Sea.

Flight QZ8501 went down on December 28 as it flew from the Indonesian city of Surabaya toward Singapore with 162 people on board.

So far, searchers have managed to recover 70 bodies from the sea, leaving 92 still unaccounted for.

Over the weekend, navy divers tried to lift part of the fuselage of the plane using wire ropes and giant balloons. But the attempts failed after lines attached to the wreckage broke.

An effort to lift a smaller piece of wreckage was also unsuccessful, the military said.

The chief of the Indonesian armed forces, Gen. Moeldoko, on Tuesday ordered the military teams involved in the operation to pull out, said military spokesman Manahan Simorangkir.

Officials said that 19 of the 81 navy divers working on the recovery efforts had fallen ill with decompression sickness and would be taken for treatment at a hospital in Jakarta, the capital.

“I told them safety first. But as we know, soldiers, they are always working hard to find the bodies,” said Rear Adm. Widodo, commander of the Indonesian Navy’s western fleet. “They are not thinking about safety but about doing their duty.”

The divers haven’t been able to see any more bodies inside the wreckage of the fuselage, Widodo said.

Officials had previously suggested that many of the missing human remains might be found inside the fuselage.

But Widodo said some bodies could be trapped or hidden under wreckage on the seafloor.

Searchers have recovered at least 14 bodies from the fuselage site, including some that floated free during attempts to lift the wreckage, according to officials.

Indonesian aviation investigators are still trying to establish why Flight QZ8501 went down in an area of heavy thunderstorms last month while other planes nearby completed their journeys safely.

They have submitted their preliminary report into the crash, officials said Tuesday. But authorities have said they don’t plan to release it to the public.

Indonesian Transportation Minister Ignasius Jonan told CNN on Monday that the final report into the disaster should be published in less than a year.