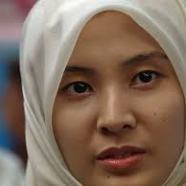 NFCorp sues Nurul and PKR for defamation and malice

In his testimony before Judge Datuk Hue Siew Kheng at the High Court at Kuala Lumpur, NFCorp chairman Datuk Dr Mohamad Salleh Ismail testified that Nurul Izzah Anwar and her political party Parti Keadilan Rakyat (PKR) of having made defamatory remarks and statements at a news conference on 7 March 2012 at PKR headquarters.

Nurul together with PKR Strategy Director Rafizi Ramli and its wanita chief Zuraida Kamaruddin had presided at the news conference in which the Defendants had alleged that NFC funds and which they meant public funds, had been used to purchase eight KL Eco City office properties in Bangsar at the peril of a government deposit placed at Public Bank Berhad.

The defendants further alleged that Datuk Salleh was not credit worthy and had leveraged his borrowings on the government deposit of RM72 million.

Datuk Salleh testified and clarified that at the onset, no loans had been taken using NFCorp funds nor leveraged to have put a government loan deposit in jeopardy. 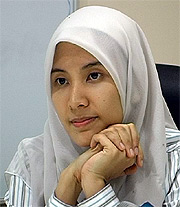 Nurul had relied on false statements made by Rafizi Ramli (who is now the Secretary General of PKR) in which Datuk Salleh added, “was politically motivated and targeted against his wife who was a minister at that material time leading to her ultimate resignation.”

Datuk Salleh said Nurul by her statements made at that press conference acknowledging the details of the disclosure by her counterpart Rafizi and giving credence to it, had caused irreparable damage to his reputation, credibility and standing, and which led to the collapse of the businesses of NFCorp and its related companies.

The court was shown the two video news clips of the press conference held by the Defendants on 7 March 2012 in which the defamation and slanders were explicitly made.

“I verily believe that the main motivation of why PKR was so actively involved and orchestrated this entire fiasco was mainly in preparation for the general elections held in 2013.  Rafizi and indeed the second defendant held nothing back in their pursuit to destroy me and the second plaintiff and its related companies.

“Nurul ought to know that as a political figure, her words would carry weight with the members of the public and therefore, she ought to have been responsible and accountable.”

The press release, the oral media statements and the disclosure of confidential banking information by the defendants had convinced the media to write and publish adversely of the plaintiffs, said Datuk Salleh.

This resulted in immense public outrage arising from the subsequent news reports on the Internet news portals, mainstream newspapers, radio and television, blogs and tweets, all of which alarmed the government and authorities.

This, he said, resulted in him being charged in court five days later, his funds and assets seized and frozen by the authorities, and his entire businesses crippled and collapsed.

“Rafizi Ramli had claimed that I had difficulty in repaying my loans from March 2011. How can that be when the sale and purchase agreements for the eight KL Eco City properties were only signed in December 2011. No bank would provide for any loans prior to the SPAs being signed.”

“Rafizi lied, distorted and misrepresented the confidential banking information he had obtained and verified from the bank to authenticate his press release and media statements. Nurul underscored these said disclosures to further slander the plaintiffs.”

Datuk Salleh added that the purchase of properties at KL Eco City was private and had nothing to do with NFC the project or NFCorp the company.

The court was also told that the Defendants assumption and presumption that NFCorp had been fully funded by the Government was absolutely wrong.

NFCorp, Datuk Salleh said, had taken a RM250 million loan to operate the business and not as claimed by Nurul, “dibiayai sepenuhnya oleh Kerajaan Malaysia.”

At the outset, the Defendants had alleged that the plaintiffs were “in a mess”. They had taken the Auditor General’s Audit Report of 2010 and abused it by lying, distorting and misrepresenting the information by the Auditor General to the media, government and general public.

Auditor General Tan Sri Dato’ Setia Ambrin Buang in a press statement and in a letter to NFCorp on 25 January 2012, had clarified that the Jabatan Audit Negara did not audit private limited companies.

The court was shown the key points of the letter in which it was stated,