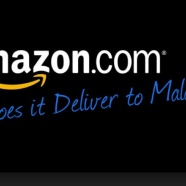 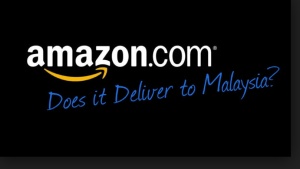 The interesting dimension to the Bruno Manser Fund’s rant and rage against Amazon for not distributing their book is in the legal detail.  First, one needs to understand that under defamation law, the burden is on the writer/publisher/distributor to prove a statement.  And nobody is going to want to risk their money and reputation in the hope that the Bruno Manser Fund can prove its allegations.  Because the Fund has already demonstrated that it cannot.  The book Money Logging is one long rant about how law enforcement units across half a dozen major countries don’t agree with the Bruno Manser Fund. Why not?  Ah, says the author, Abdul Taib Mahmud is so powerful that the US, Canadian, German and other countries are scared of him.

Really???  There is of course an alternative explanation.  It is that Amazon doesn’t believe him, and nor do law enforcement, because it isn’t true, and they all know that. Even the book says so.

Anyone who knows Sarawak politics knows that the Bruno Manser Fund have twice denounced the Taib family for “hiding” their money in Swiss banks.  [Actually, they don’t do much hiding. Taib has always been happy to be seen as wealthy]. Twice they used the Swiss Parliament to demand action, and twice Swiss authorities have investigated, and found these allegations to be untrue.  Twice.  But that doesn’t stop the Bruno Manser Fund from just saying it again. And again. Like a broken record.

Which is fine, but as soon as they expect the world’s biggest seller of books to back them… well, it all goes to pieces.  Amazon will probably continue to sell the book, but only where the law makes it impossible for them to be sued for libel.

The most striking trick being played by Bruno Manser Fund, Sarawak Report and other activists is to trumpet the fact that they have been challenged, publish the letterhead of the lawyers, but never to publish the full legal correspondence.  There is obviously some clear evidence that has spooked Amazon into declining to promote libel.  But Bruno Manser Fund doesn’t dare to let us see it.

It might be a service to booksellers here for the author to explain whether his book is fact or fiction.  After all, putting it on the wrong shelf in a bookshop might end up being an expensive mistake.